Put a Black Hole under your Amp!!! 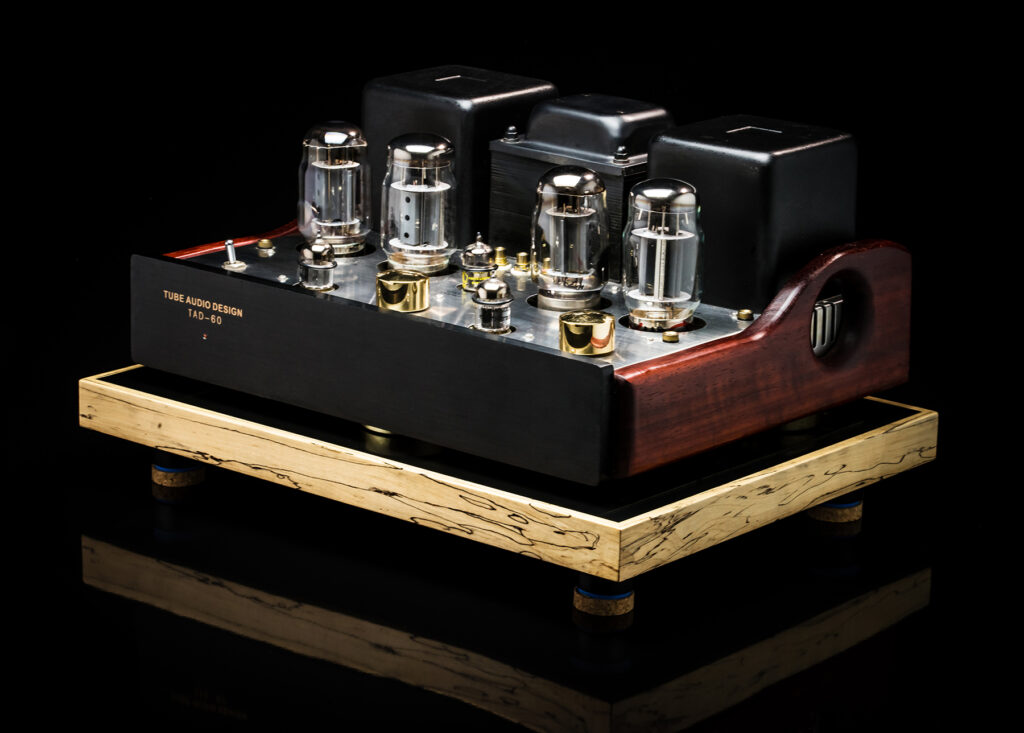 I have built a pretty good-sounding system which has eighty to eighty-five percent of the “magic” sound I have been craving for most of my life.

I wanted to live with this setup for a while, reveling in its musicality, before pursuing the next level. Where would I go to get to the next level?  Interconnects maybe, since what I have are still leftover from my DIY days. Room treatments? Another area to consider. No, I decided to leave it alone and just listen.

A couple of years ago a fellow member of the DC HiFi Group, Bruce Schuettinger started asking me about acoustic feedback problems he is having in his turn of the century home halfway up a mountain in Thurmont, MD. He has top-of-the-line Spatial Audio speakers with servo sub-woofers that were giving him problems when he played an LP. Lots of discussions about isolation, mass loading, constrained layer dampening, and adsorption persued.  Being a master craftsman furniture designer, builder, sought-after vintage furniture restoration master, Bruce came up with the Quieten Audiophile equipment cabinet. See the review by clicking here….. 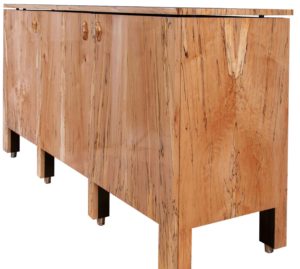 The level of isolation Bruce was able to achieve with this cabinet was amazing. Compared to his previous rack (Salamander three-door cabinet) which he had to be careful on how loud he could play an LP because the acoustical feedback was so bad that if he turned it up too loud the state of Maryland would far into the Atlantic. With the Quietine cabinet, he was able to go full monty.

Bruce decided he wanted to bring this level of critical isolation to a lower price point by developing a series of equipment racks and equipment platforms. I am reviewing one of the smaller pieces as an amplifier platform.

Before introducing this beautifully hand made piece into my system I chose to listen to a complete album…………………….. 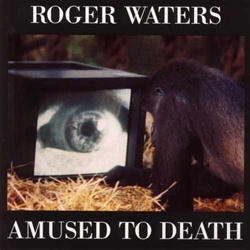 Then I placed my amp(the EleKit TU8800 Kt88 SET) and listened again. I must have fallen into a wormhole and was transported to another dimension. WTF! Did my $2k Chinese amp just transformer-ed (I know I am pushing it here but, give me a break) into a $20k beast? I was blown away at the changes. The image was deeper and wider. A more solid definition was as plain as can be. I needed a reality check and set up a blind A-B test for a friend. I covered the front of my listening room with a black curtain and had my friend sit and listen to a couple of tracks then I asked him to step into another room while I picked up the amp and placed it on the Quieten platform. He came back in and listen again. I asked what was different and he said the same thing, everything was better. He asked what I did and I blew his mind by showing him the setup. Everything matters here, simple everything when you get your system to a certain level that you can hear these differences in tubes, cables, and the like. Even your shelf matters.

All the low-level information on this album was brought into a clearer focus. Far more detail than I ever heard before. The backgrounds were blacker and more silent with the platform in place. I have just moved everything up a couple of notches.

Things move in an electronic device. When they move they slur the signal. Plain and simple.  The device produces its own vibrations too and it’s also affected by outside forces. The Quietin platform sucks in these internal vibrations and rejects these external vibrations.

The Quieten Platform is made from a very dense material called Richlite. This is a Phenolic Resin/Cellulose composite material, made from FSA certified recycled paper for the Richlite. Multiple layers of paper are soaked in phenolic resin, then molded and baked into sheets in a heated form or press. Originally distributed as a commercial kitchen surface in the 1950s, it has recently been adapted for use in skateboard parks as well as various other applications, such as residential counters, cabinetry, fiberglass cores, guitar fingerboards, signage, exterior wall cladding, and a variety of architectural applications. 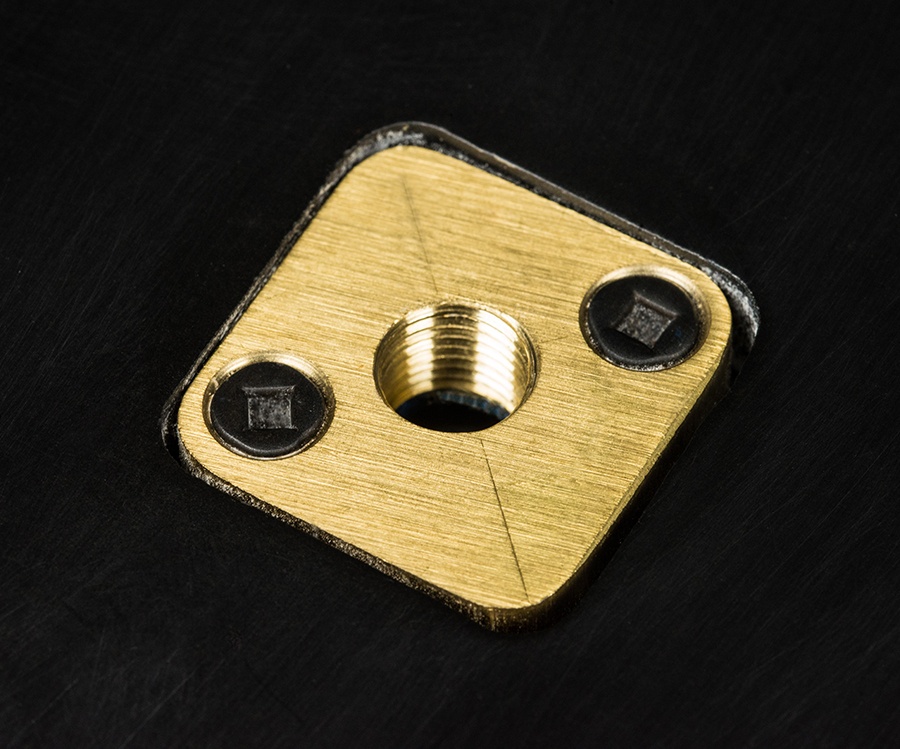 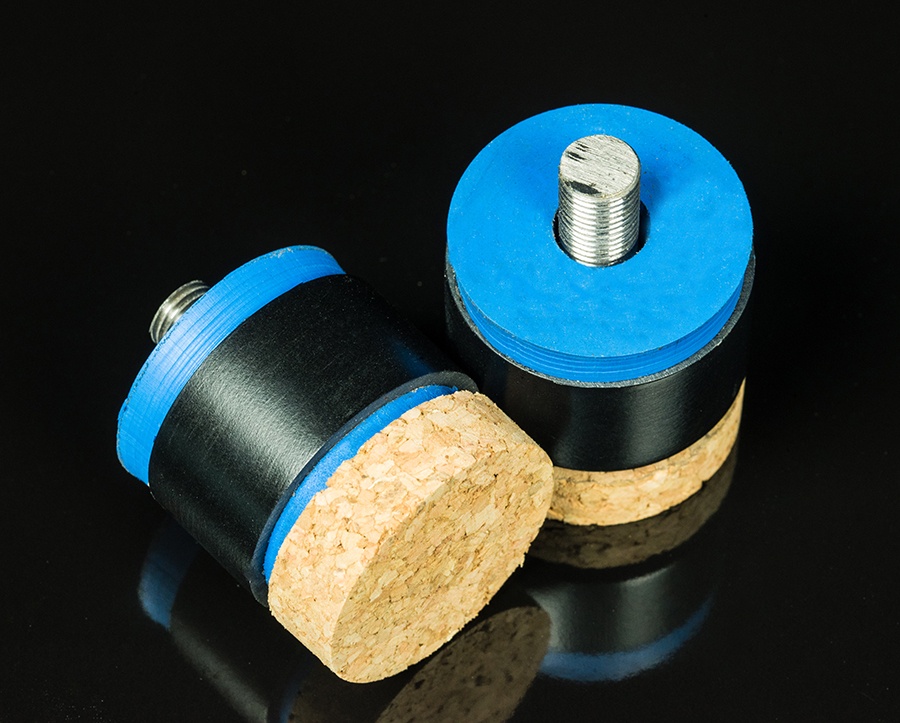 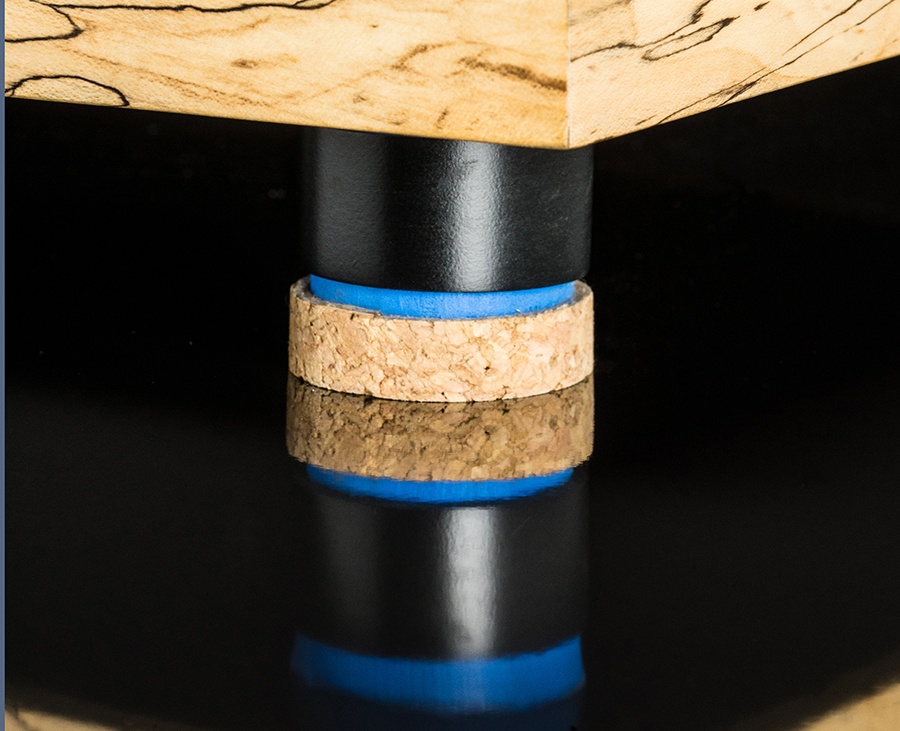 For the Quieten equipment platforms, Bruce mills down the one to two-inch thick sheets of Richlite (depending on application) to the size required. Then he inserts custom-made threaded brass plates to receive the feet.   These brass inserts are mounted in such a way as to be completely isolated from the Richlite. He uses a space-age material that is very inert This isolates the brass foot mount from the Richlite. The feet are made from a combination of three materials in a constrained layer dampening configuration of Richlite, cork, the specialized dampening material. It is this attention to detail that makes the Quieten a black hole for vibrations.

The platforms work extremely well under any piece of your equipment in your systems. Solid plinth turntables as well. I have heard this effect at Bruce’s home. Bruce also makes dust covers for the turntable to match the platform. The platform did not improve the sound of my suspended plinth Sota Nova turntable which sits on a 1985 Lead Balloon with a four-inch-thick maple base.

MosART Audio Furniture’s motto is “Engineered to be Silent”. That it is. These pieces will not disturb your audio with ambient noise or vibrations, even with mega subs. I have a pair of fifteen inch subs that easily go below 20Hz and there never was any sense of slurring the signal. They are truly black holes.

This is a tough one to give a rating. Firm pricing is still being determined. The value has to be decided when you audition this unit and buy it. Costs will be more than a bread box and less than a Tesla. My guess is that it will be a great value for around $2000 to $3000. 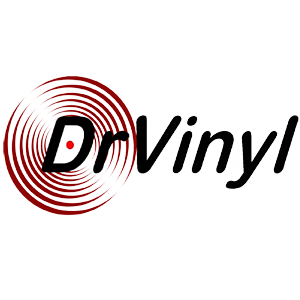 Words and photo’s by Paul Elliott