Hi there – I wanted you to be one of the first to know: after releasing a multitude of critically acclaimed albums, growing an international cult following, earning a prestigious Guggenheim Fellowship and more, renowned jazz performer Patricia Barber will return with a brand new album, Clique, out this summer. Confidentially, the collection features an inspired anthology of standards by Lee Hazlewood, Lerner & Loewe, Rodgers & Hammerstein, and even the illustrious Stevie Wonder, all well-known songs that Barber has frequently performed as encore tunes throughout her career. Coming August 6th on the audiophile-approved Impex Records, Clique marks the long-awaited successor to Nightclub, Barber’s first all-standards album that has become one of the most beloved releases in her discography.
Would you be interested in an early listen? We won’t be announcing the project for another few weeks, but I’d love to tell you more in the meantime.
Barber, known for her “tightly compressed lyrics, transparent musical textures, and infinitesimally subtle vocal shadings” (Chicago Tribune), once again teams up with GRAMMY award-winning engineer Jim Anderson for Clique. They recorded and mixed the record in Digital eXtreme Definition (352.8kHz/24bit) at Chicago Recording Company’s Studio 5. Barber has set the standard for sound quality for years, and the new collection is a “silk, velvet, languid, warm” journey through music history, according to NPR’s Susan Stamberg in the album liner notes.
Please let me know if we can discuss further!
Thanks,
Taylor
Shorefire.com

March 3, 2021
Dear AXPONA Community,
We miss seeing you in person and are optimistic we can all gather again this year. Our team is closely
monitoring the vaccine rollout, international travel rules, and state and local government regulations for
holding indoor events in 2021. Based on this holistic perspective, and given that the summer months
remain unpredictable, we have decided to take advantage of an opportunity to move AXPONA two
months later from August 27 – 29 to October 29 – 31, 2021.
Our sole priority is to hold AXPONA safely in 2021. There is an increasing concern among event
organizers that large indoor events may not be safely held until the fall months of 2021. Based on this
concern, the August dates are on the cusp of when many people may feel safe attending large
shows. So, when late October dates were recently offered to us, we chose to increase our likelihood of
holding AXPONA for you in a safe environment this year. The two extra months should prove crucial,
allowing for more of the general public to be vaccinated and better rapid testing for consumers, industry
and press to feel more confident to attend. This also allows us the opportunity to observe tradeshows in
other industries that open prior to us, so we can learn which safety measures work best and implement
the most effective and accepted practices at AXPONA.
We hope the fall this year will be busy with many eager to travel and get back out to events. You have
our sincerest appreciation for your support and understanding as we adapt to the changing
landscape. We look forward to bringing the audio community together again and doing what we do
best – celebrating and enjoying high-fidelity music, in-person at AXPONA!
Exhibiting companies and attendees do not need to take any action regarding the new dates. Your
participation will automatically transfer to October. If you have any questions, please feel free to reach
out to us at any time or visit www.axpona.com for event updates.
Sincerely,
Liz Miller Smith Mark Freed
VP, Event Director VP Sales
liz@jdevents.com mark@jdevents.com

Gary Gill says it is in the States hands. IF they release restrictions for meetings early enough the show will go on.

The Vinyl? It’s Pricey. The Sound? Otherworldly. The Electric Recording Co. in London cuts albums the way they were made in the 1950s and ’60s — literally. 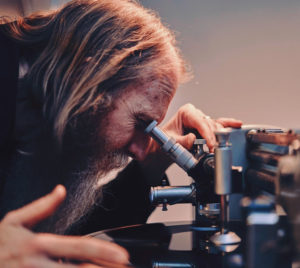 LONDON — Tucked in a trendy co-working complex in West London, just past the food court and the payment processing start-up, is perhaps the most technologically backward-looking record company in the world. The Electric Recording Co., which has been releasing music since 2012, specializes in meticulous recreations of classical and jazz albums from the 1950s and ’60s. Its catalog includes reissues of

landmark recordings by Wilhelm Furtwängler, John Coltrane and Thelonious Monk, as well as lesser-known artists favored by collectors, like the violinist Johanna Martzy.

But what really sets Electric Recording apart is its method — a philosophy of production more akin to the making of small-batch gourmet chocolate than most shrink-wrapped vinyl.

Its albums, assembled by hand and released in editions of 300 or fewer — at a cost of $400 to $600 for each LP — are made with restored vintage equipment down to glowing vacuum-tube amplifiers, and mono tape systems that have not been used in more than half a century. The goal is to ensure a faithful restoration of what the label’s founder, Pete Hutchison, sees as a lost golden age of record-making. Even its record jackets, printed one by one on letterpress machines, show a fanatical devotion to age-old craft.