Hi, Paul Elliott long time music lover here. I can blame this crown of thorns on my dad, who happened to be part-owner of a record store in downtown Washington DC. In my early childhood years like many little boys, I took everything apart that I could get my hands on with a vengeance. The numerous sore bottoms did not distract me from my curiosity of “what’s in the box”. In my high school years, my father brought home a stereo victrola, which I immediately took apart. I took the little speakers that were inside and put them into other boxes. I could not sit for a week but, the change in the sound was the epiphany that started the journey. I soon went down the road of Heathkit and Eico kit building. 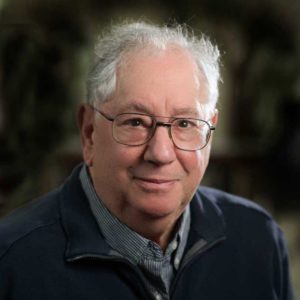 Seeing where my interests were going, my father started to bring home albums by the hand fulls. These were promotional disks from the distributors, mostly big band and classical LP’s. My sister was the pop freak with her piles of 45’s all over the place. I had built my system in the basement rec room. I did not know it at the time but it was my boy’s cave. I had my shelf of “real music”, and was in full delight. Not knowing a thing about Thiel-Small parameters I built huge speaker boxes out of half-inch ply in high school woodshop and put a University 6201 coaxial in and filled it with something fluffy. I am sure that I thought it sounded great. The adventure continued.

One of the more interesting things that happened to me at an early age was that back in the ’60s there were audio shows and one of the largest was in Washington DC at the Shoreham Hotel where my dad set up shop and sold Lp’s by the thousands. He had a room at the end of the hall and a sound system set up by Schrader Sound and blasted music up the hallway to draw in the crowds. It worked, while I went from room to room in wonderment at all the equipment setups. Hi-Fi hey-days. This gets tied in further down the page.

I had a miserable time at my first try at college, so I ended up in the Air Force to avoid the draft during the Viet Nam war. I never saw any action but there were guys in my outfit that saw the horrors of war but did bring back stereo systems by the shiploads. One friend had a receiver the size of a Buick and Sansui speakers, perched on a footlocker in the barracks. I thought that system was amazing. I wonder what I would think now. During my military stint, I discovered photography. That became my focus from that point forward. After my military stint, I got a job as a photographer in DC. Realizing that there must have be more to than covering meetings and trade shows, I quit my job and used my VA goodies and went back to college. I ended up with a degree in photography from the Rhode Island School of Design. My music system while at RSID was an AR TT, AR 2ax’s, and a Dyna ST70 with PAS4 preamp. These were all tag sale items I found while roaming the Rhode Island countryside in pursuit of the perfect images to satisfy my tough teachers.  It was a decent system for a small college apartment.

During the next twenty years or so I went through many life changes, from a fairly successful freelance photography business to getting burnt out as the head photographer at a catalog house in Richmond. Then an about-face and falling back on my military training I opened a computer and database management service focusing on the direct mail industry. Putting together office systems and providing support.  I had Vandersteen 2c’s with verticle by-amping with highly modified Dyna ST-70’s. I picked up my SOTA Star Saphire TT, which I still have and recently had it rebuilt and upgraded to Nova status by SOTA.

I eventually moved to Baltimore to take a position with the city government as Help Desk Manager for a system of 30 remote locations and 1500 computers. There I met my much better half that finally made me whole, Amy. We were married in 2004. We bought a house in the city that had a room in the basement that even though has a low ceiling, but it has truncated corners behind at the live end. I rebuilt a pair of Magnepan 3a’s and they became my reference for a long time. I tried to start an audio club in Baltimore. We had a nice group of seven or so but it eventually faded. Hungry for some audio buddies I eventually ran across an announcement for an Audio Show in Rockville in 2012 or 2011 and became acquainted with Gary Gill. I soon started to volunteer for the show, and for the next six years, I participated strongly. I took all the photos for the website and eventually managed the website for a few years. These were great times. Met so many great people on both sides of the industry. I started going to a few other shows and then started to do write reviews. I did some coverage for Part Time Audiophile, and Everything Audio Network, but now I have decided to do my own thing, my way.

I think there are two distinct groups of so-called audiophiles. Both have a vital part of the industry. Audiophiles that support the high end are important because the high-end will continually push the envelope of what can be achieved. These advances do trickle down as time goes on. History has shown us this.

Then there is most everybody else. The ones that live in the real world. Both groups are music lovers, just in different ways. I come from a subset of this second group. I was a DIY’er and tweaker. Always trying to best the commercial guys. After my experience with the industry for the past five or six years, I am now fully entrenched in the second group of music lovers that live in the real world. I am now willing to let the pros find the right cap or wire to eke out the best they can and present an emotional and enjoyable image of the real thing. I have replaced all my scratch built and heavily modded equipment with what many will say a modest system. I have listened to a lot of systems and have friends in the business. I have my own set of values that have been formulated over the years and they fall into basically into the laid back camp with smooth highs. It has to be musical. I do not have to hear the subway under Lincoln Center during the third movement of whatever. I do want to be pulled into the music. I want to be melted into a puddle by Bach’s 3rd Partita of solo Cello. I want to hear the wood, smell the rosin flying off the strings, be transported to whatever outer world that Bach was in when he wrote that. Music can do this and can do this whether you are hearing it on your kitchen radio or the VAC/VonSchweikert mega system at an Audio show. I want to deal with the equipment that can bring these emotions to your sound rooms.